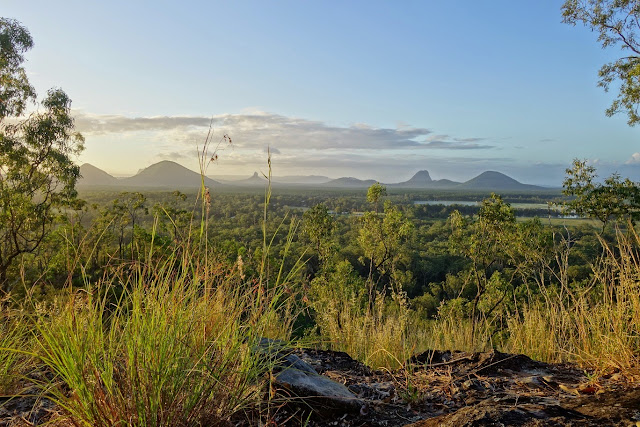 Looking for a quick and easy trip with a potential for awesome sunset views, I settled on Mount Elimbah, one of the shortest and most southerly of the Glass House Mountains. The latter aspect makes it particularly attractive for this purpose, as from this vantage point you can spy the full family of rugged volcanic peaks.

On the drive there, I almost missed my destination entirely - at 129 m tall, it really isn't much more than a rocky hill. There are no formed tracks to the summit, so after wandering along a firetrail around the northern side I just bushbashed my way to the top. Although there are some tall grasses and bushes in places, and the ground is crumbly underfoot, it was a quick trip up and I was soon rewarded with the all views I had hoped for. 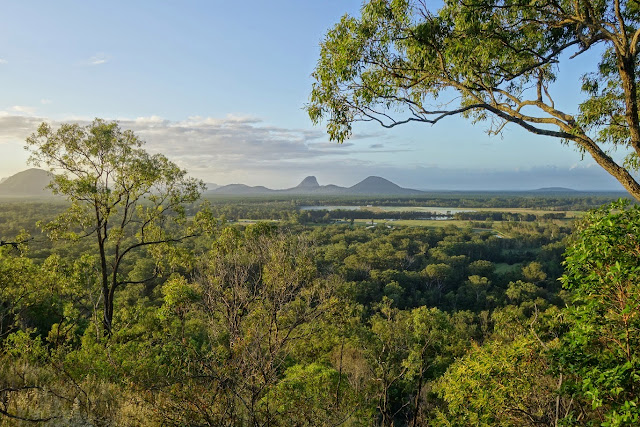 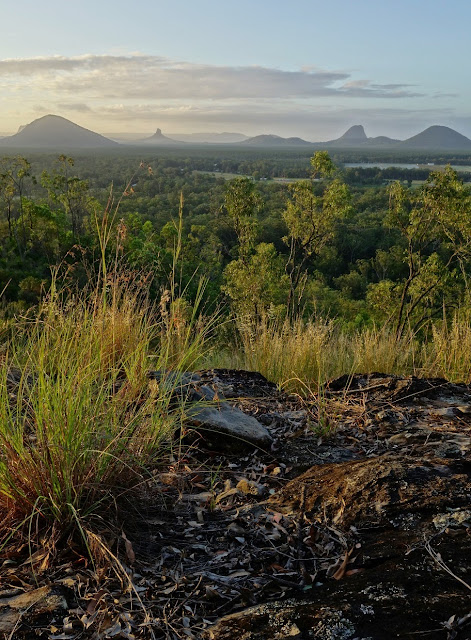 As I settled down to enjoy the show, I did a little bit of exploring around the rocky summit. There's not much space up there, but being mostly unknown outside of the bushwalking community is a blessing as the area is free of tourists and their (urgh) rubbish.


On my way back down I was surprised to spot some bright orange fungus clinging to a dead branch.


Well, I had intended on getting down and back to the car before dark, but the light show kept on giving and it was hard to leave. I barely moved a few metres at a time before something made me stop and grab my camera out again. In the end I was sliding back down the rocky mountainside in the dim twilight to end the walk. A very memorable sunset.

Posted by Champion Munch, Lord of All the Mountains of the Earth and the Fishes of the Seas